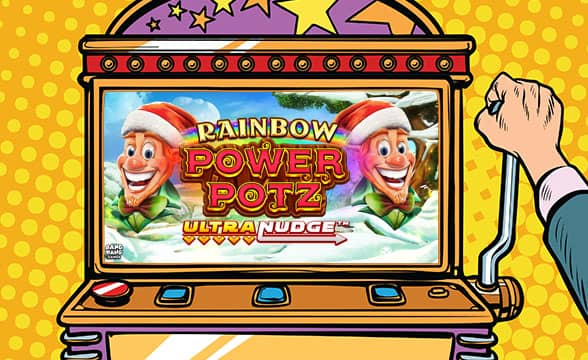 Initially, Rainbow Power Potz UltraNudge offers a more seasonal skin that will be active through December. But once January 1, 2023, comes, the skin will automatically thaw and reveal a more traditional Irish theme, Yggdrasil explains.

The company’s state-of-the-art technology, GATI, powers the new game. The technology enables partner operators to benefit from a pre-configured game that ensures compliance with the regulation in different jurisdictions. At the same time, the company explained operators benefit from a “standardized development toolkit to consistently produce cutting-edge content followed by rapid distribution.”

Yggdrasil’s new game fuses quality graphics, crisp sound effects and engaging gameplay. Rainbow Power Potz UltraNudge offers functionalities such as Wild, UltraNudge, as well as Bonus Boost. Whenever a player lands a leprechaun on the reels, he acts as a Wild. Consequently, any wins that feature a Wild also trigger the UltraNudge mechanic, which “nudges all winning symbols down one reel until no more wins are possible,” the game developer explained. Besides those two functions, online customers can also benefit from a prize carousel which is a field on the top of the reels. The prize carousel shifts with every nudge and spin and offers additional prizes such as free spins, cash prizes or a “win all” function.

Online customers can also benefit from landing a Power Pot symbol on the reel. Whenever such a symbol lands on the reel, the prize directly above it is awarded. That symbol can land on reels 1,3 and 5 during base play, but while in Free Spins mode, it can land on the entire grid. The new game also offers Bonus Boost, which increases the chance for players to land Free Spins and the appearance of Win All tiles.

“Rainbow Power Potz UltraNudge brings an exciting mechanic to players and combined with the fantastic Prize Potz, it provides an engaging and exciting slot experience.“

Stuart McCarthy, Yggdrasil’s head of product and programs, pointed out that the new game delivers engaging mechanics that provide an exciting experience for online players. Last but not least, he explained that thanks to the collaboration with Bang Bang Games, the company was able to deliver another innovative and engaging title.