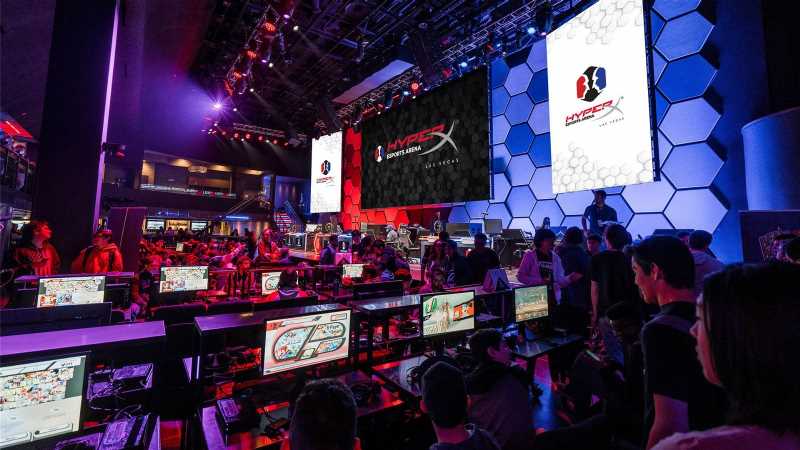 With an expanding lineup of events and a growing number of fans, esports –and esports gambling– is becoming one of the fastest growing US industries. The boom around electronic sports could particularly prove to be a profitable endeavor for Las Vegas, with the gambling mecca ready to tap into the potential of this vertical.

An example of the esports craze could be seen last month, as thousands of fans congregated at Mandalay Bay’s Michelob Ultra Arena to watch this year’s Tekken Fighting Championship, part of the Evolutionary Championship Series. The EVO, which has been held in Las Vegas for about 10 years –except for a two-years hiatus during the pandemic– is one of the largest tournaments for fighting games, and brought about 18,000 ticket holders to the Strip in August, reports Las Vegas Review-Journal.

From a small niche, esports has now developed into a sizeable industry; a billion-dollar business that is now attracting many investors. According to data cited by Uplatform, the sector's rapid growth has seen the worldwide esports audience size reach 474 million viewers, and is projected to gain over 577 million viewers by 2024.

And as the esports market and economy grow, with more fans but also more corporate sponsors and content creators joining the landscape, Las Vegas is starting to realize this opportunity can drive visitors to the destination. But additionally, it can further fuel the gambling industry, with the State of Nevada having recently created the Esports Technical Advisory Committee.

Made up of industry experts appointed to recommend regulations around esports gambling, the committee lists Seth Schorr, CEO of Fifth Street Gaming, among its members. At a UNLV panel last month, Schorr said there is more room for esports to grow as the city welcomes new sports-related entertainment.

“When we started the esports narrative in 2015, we weren’t a sports city and it so happens that now we are,” said Schorr, according to the cited source. “So, esports being an extension of what Las Vegas is now — we are no longer a one-trick pony but many tricks. We are now in a sports city and esports is a perfect evolution of that.”

Among companies seeing opportunities in this growing space is Allied Esports Entertainment. The New York-based firm operates the 1,000-seat HyperX Arena Las Vegas, a dedicated esports venue inside the Luxor. CEO Jud Hannigan told Review-Journal there is an opportunity for collaboration and a bigger reach when streamers and influencers visit Las Vegas – a likely scenario when later this year the Esports Awards will be held for the first time at Resorts World.

“You gotta stay fresh,” he said. “There’s always a need for new ideas or new formats to create to engage your audiences, continue to drive and build new audiences where we’re a group that helps those folks do that. And they get to leverage the awesome set of tools we built up.”

While some critics have pointed out that the esports’ strongest demographic, which goes from 18 to 35, may not be at their highest earning potential –with a growing number of fans under 18 who cannot gamble–, some have countered that spending goes up in other areas, such as food and travel. Additionally, as esports develops, fans will grow with the hobby, increasing their spending power over time.

The Las Vegas Convention and Visitors Authority also said adding esports to the region’s event calendar helps the Strip’s economy, in areas such as driving up the average daily room rate for a weekend. Additionally, esports is more often than not a complement to other events –such as a football match– instead of potentially cannibalizing them.

“Maybe you’ve got somebody who likes to play Madden who maybe comes to a football game with their father and we put a Madden tournament on top of that to be complemented and drive even incremental visitation,” said Lisa Motley, LVCVA’s senior director of sports and special events, according to Review-Journal.  “We look at everything and we think it’s a complement.”