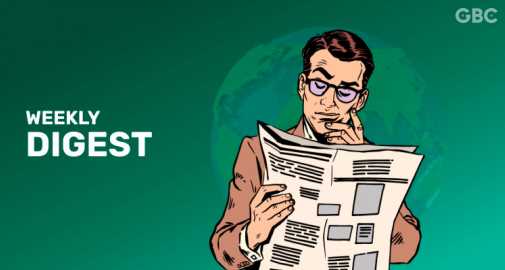 Operators with a Maltese license show record results. In Lithuania, a radio station was fined for violating lottery laws. Meanwhile, the ECB board member wants to regulate crypto coins through gambling laws. The German regulator has licensed another 50 providers. And Batumi has seriously raised fees for slot machines and tables.

The Malta Gaming Authority has issued a performance report for the first half of 2022. From January to June 2022, the gambling sites that operate under a Maltese license saw a record number of unique players. Compared to the same period in 2021, companies managed to attract 8.7% more gamblers. It means that their player base already includes at least 19.3 million active accounts.

This growth has been driven by several factors, and the increasing number of younger players is definitely one of the most significant in this regard. Players aged between 18 and 24 began to devote more time to the Maltese sites. And now they account for 25% of all players who have chosen platforms with this license.

In Lithuania, a radio station was found guilty in a court case that was initiated in 2021. According to the decision of the Lithuanian Supreme Court, a phone-in challenge organized by the radio station was too similar to a lottery draw. Therefore, this phone game, which ran from February 1 to March 5, 2021, violated the state’s lottery laws.

The essence of the challenge was that the listeners had to quickly guess the songs that were played on the radio and send SMS messages with their answer options. Each such message was worth €1, and if someone managed to guess the songs correctly, they got a chance to win a cash prize of up to 3 000 euros.

The Lithuanian regulator fined the radio station €900 in the autumn of 2021, and the Vilnius District Court upheld the decision. But a legal representative of the accused company reopened the case last April. As a result, the case went to the Lithuanian Supreme Court, and it confirmed that the radio station had violated existing gambling laws.

Fabio Panetta, who is a board member at the European Central Bank (ECB), argues that digital currencies should be regulated in the same way as gambling games. The collapse of the crypto market last year showed the unstable nature of digital coins. And numerous investors have lost substantial amounts of money.

Given such a chaotic situation in the crypto market, Panetta believes that digital coins do not perform any economically meaningful function. Since most investors buy cryptocurrencies in order to sell them at a better price, the economist is sure that these coins are a disguised gambling format. So, countries that really want to control their gambling industry should consider this aspect and come up with laws regarding the issue.

The Gemeinssamen Glücksspielbehörde der Länder (GGL), which has recently become the main gambling regulator in Germany, conditionally approved about 50 new licenses for poker and online slot operators. Since some companies have yet to pay their security deposits, the regulator has added 25 providers to the white list so far.

January 1 was a defining date for the local gambling market as GGL took full control of the industry in the country on that day. Besides issuing gambling licenses, this body is responsible for combating illegal gambling practices and protecting every consumer.

GGL received 3500 applications for gambling licenses in total and approved only 600 of them. The supervisor believes that operators should actively communicate with it in order to better understand what requirements the licensing process involves.

The authorities of the Georgian city of Batumi have revised their approach to gambling taxes and decided to significantly increase them. Each gaming machine or table located in local establishments will cost operators 60% more.

When the Batumi City Assembly decided to raise tax fees, it followed suit from the country's capital, Tbilisi. But since this reform was implemented without consultation with local operators, they believe that it will have a much more negative effect than the authorities expect.