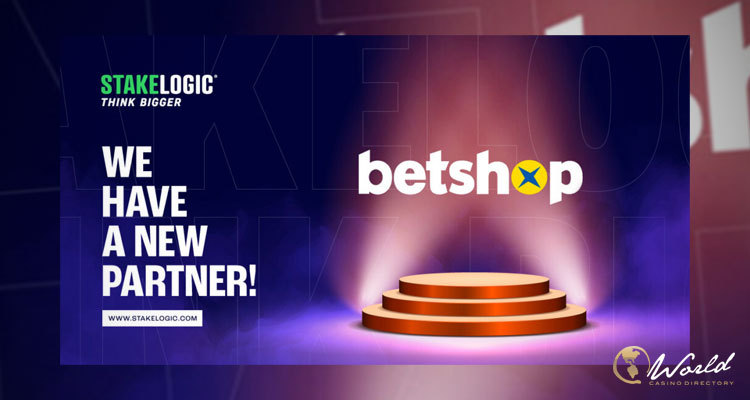 BetShop and Stakelogic have decided to enhance their presence in the Greek market by joining forces to deliver a vast amount of thrilling and entertaining games to Greek players.

BetShop is among the top five gambling operators in Greece, and Stakelogic is a popular and reliable slot game provider with whom both players and operators enjoy collaborating. The operator will gain access to the developer’s impressive portfolio, which consists of many classic and video slot releases.

During the last few months, Stakelogic has become popular in many markets, such as the Netherlands. They are profiled as specialists in classic slot games, which are always popular among the nostalgic ones. Fruit machines can never get boring, right?

However, the developer’s games are simple and nostalgic, but they are full of anticipation and excitement. Many bonuses and thrilling gameplay are what make these games popular and fun.

Some of the titles that will be included in BetShop’s offering are Super Bonus Wild, Runner 8 Runner, Super 6 Timer, and Mega Runner.

Stakelogic’s action-packed video slots are also included in this deal. Players will be happy to hear that they will be able to try a Wild West runaway-train-themed game named Cash Express and other famous titles such as Wild Buzz, El Cowboy Megaways, and the recently released title Origins.

Many of these games became incredibly popular because of the famous Stakelogic feature, Super Stake. It enables players to double their bet and, additionally, enhance the chances of triggering the bonus feature. This can lead to amazing win combinations, which build anticipation with every spin, making the game exciting beyond limits.

Neil Tanti, Sales Manager at Stakelogic, said: “BetShop is a true market leader in Greece, and we are delighted to see our classic slots and video slots titles land in its game lobby. Each of our games has been designed to thrill and excite players with riveting gameplay and plenty of big-win potentials.

We see Greece as having tremendous potential for our games, and what better way to build on our position in the market than by going live with such a prestigious operator.”

Massimiliano Cerfoglia, Chief Product Officer at BetShop, added: “Stakelogic needs no introduction. There is no other supplier out there that has taken the market by storm in the way that it has with its classic and video slots. This made it an absolute must-have provider for BetShop.

We are also thrilled to have added Stakelogic’s exciting portfolio of classic and modern slots. This is a major content deal for us and will further establish BetShop as a true market leader.”