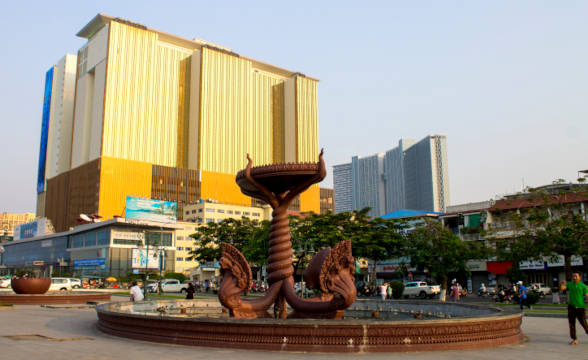 The arrest of Chhim Sithar, a Cambodian trade union leader, who has opposed the powerful local gaming giant NagaWorld, insisting on better working conditions and job security, has caught the eye of the US State Department. In a statement, the Department condemned the arrest of Sithar and other members of the union who had been exercising their rights to freedom and peaceful assembly.

The Department urged the Cambodian government to drop charges against them and to move to a constructive manner of resolving the problem between NagaWorld and its employees. Sithar was arrested at Phnom Penh International Airport in late November, and she is the leader of the Labor Rights Supported Union of Khmer Employees of NagaWorld.

Workers and NagaWorld, which is owned by billionaire Chen Lip Keong, have been at loggerheads since early January 2022 when the union began to protest as an act of solidarity with 365 fellow workers who had been laid off in April 2021. NagaWorld has argued that the move was necessary to secure the long-term stability of the project, but workers did not accept this argument.

Many refused the severance package that was offered to them, calling it inadequate, and the layoffs themselves – were illegal. NagaWorld is certainly feeling the pinch. There are many factors to this story as well. On the one hand, NagaWorld is reliant on wealthy customers from other countries in the region as Cambodia does not allow locals to gamble. The biggest target group is Chinese nationals, but China has been keen to dissuade players from traveling to foreign destinations and spending money on gambling there.

Not least, there have been risks of kidnappings, which is one of the reasons why Cambodia is currently on the FATF grey list, with the country actively trying to clean its name. Cambodia has been blasted for its poor track record of human trafficking, kidnappings, and more. With the traffic of Chinese tourists drying up and many foreigners avoiding the country, Cambodia needs to restore trust in its reputation.

A good way to start would be by addressing NagaWorld’s case which has dragged on for too long. Arresting union leaders is a poor way to do that.