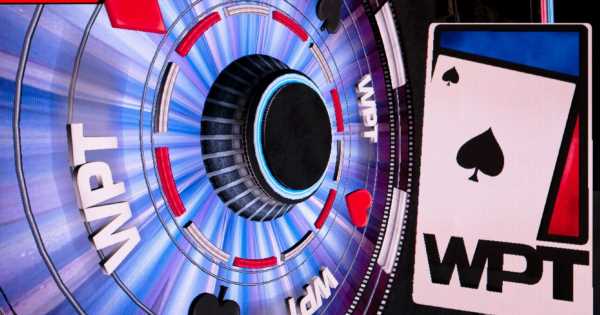 The World Poker Tour (WPT) in Las Vegas  has been a success from start to finish and, in the final few days, plenty of players have hit massive scores.

One of those stepping into the limelight and winning big was Stephen Song. The American pro took down the WPT Prime Championship on Monday night for more than $700,000.

The action got underway inside the Wynn’s Latour Ballroom on Dec. 19. A purpose-built TV stage gave the final table, a fitting sense of grandeur. Why was it fitting? Because the WPT Prime Championship, like all events in the series, had surpassed all expectations.

The organizers set the guarantee at $2 million. That was already impressive for a $1,100 buy-in tournament. However, by the time the registration desks closed, 5,430 entries meant the final six were playing for the lion’s share of more than $5 million.

Lara Eisenberg was leading at the start of play. The 2021 WSOP Ladies Championship winner had one more big blind than the equally talented, Stephen Song. However, as the cards started to fly, Eisenberg put her stack to the best use.

She made hands when it mattered and, for a time, it looked as though she was going to get it done. However, once the other four players had fallen by the wayside, Song began to hit the right notes. First, he made quads to take control of the match.

Then, with the blinds starting to take their toll, he hit a straight. Eisenberg had already flopped two-pair, which meant she was more than happy to commit her stack. That hand brought the match to a conclusion, leaving Stephen Song in the spotlight as the new WPT Prime champion.

Joining Song on the WPT winner’s rostrum this week was Eliot Hudon. The Canadian had to beat a tough final table on Dec. 20. It was a final table that included WCOOP winner and runaway chip leader Benny Glaser.

For a time, it looked as though Glaser would dominate the six-handed finale. However, a few tough spots and some mistimed bluffs saw him slip from the top of the chip counts. He remained a threat, though, and Hudon had to be at his best to win.

He acknowledged that fact after his historic victory but also admitted it was about more than the money. He’d already locked up over $1 million just by making it through a field of 2,960 entrants in the $10,400 poker tournament.

That allowed him to go for the victory under the bright lights of the WPT’s TV table. This proved to be a fruitful strategy and, with a little help from the deck, he survived the early eliminations to earn himself a heads-up spot against Glaser.

A bit of back-and-forth ended when Glaser jammed the river with a missed gutshot straight. Unfortunately for him, Hudon hit his straight on the river and immediately called. With that, the Canadian, who only had $200,000 in live cashes before the WPT World Championship, was $4.1 million richer.